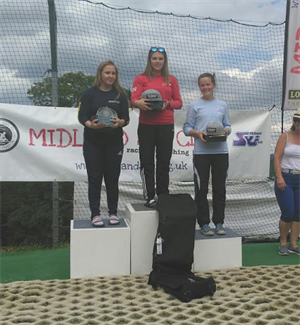 Posted at 15:04h in Sponsorship by Gresham Power

There was no time for Nicole to rest after her fall the previous week, it was straight back into action at the final weekend of the GBR Outdoor Series, race 4 and 5, hosted at Pontypool on the 1st and 2nd July. This is one of Nicole’s favourite dryslopes. You are unable to see the finish from the start gate as it goes round a corner, so quite a challenge for some. Once again Nicole was seen as the favourite at these races and she had added pressure knowing that she had to win both races to have a chance of winning the Overall Female title for the 2017 series. She did not disappoint. On the Saturday Nicole was 2.14 seconds quicker on combined time than 2nd place and on Sunday 2.19 seconds quicker, so brilliant skiing under pressure. A write up from Racer Ready can be found using this link for a more detailed race report. 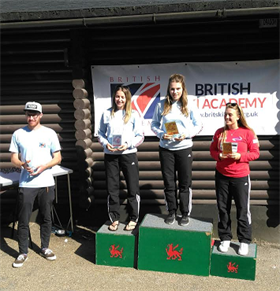 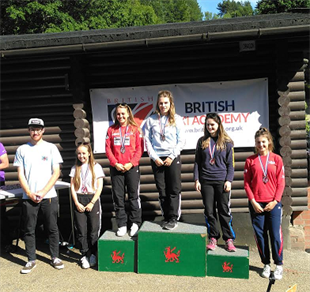 The following weekend was a trip back to Gloucester Ski Centre, where Nicole had her nasty fall a few weeks earlier, for a double header Club National. Saturday Midland CN and Sunday Gloucester CN. These races are always very well organised and with great prizes. A CN race is run slightly different to a GBR. Three runs down the same course taking the quickest time from run one or two and added to run three to get the overall combined time. A GBR is two runs down two different courses and you have to make both runs giving a combined time. If you do not finish run one you are disqualified. Nicole had three fast times on both days and took 1st Overall Female on Saturday and Sunday. We went home with more than we arrived with…! Nicole won a ski bag on Saturday and a large boot bag on Sunday along with other prizes including vouchers from Ski Racing Supplies. Her fall clearly was forgotten during this weekend! 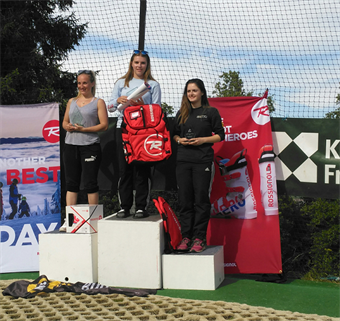 With a third weekend on the road it was a very long journey to the last GBR Series Indoor races up in Castleford, Leeds. With many athletes away during the summer training on the glaciers around Europe in readiness for the upcoming winter season the amount of racers in both the female and male races were quite low in comparison to earlier in the season. With no training on the indoor surface only turning up to the races, Nicole still had two good day results, 1st U18 on both days and 4th Overall female Saturday and 3rd on Sunday. 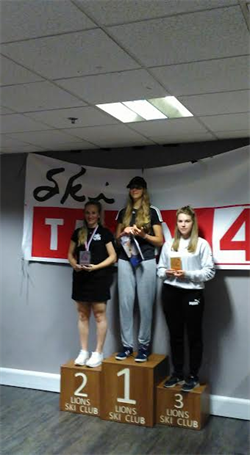 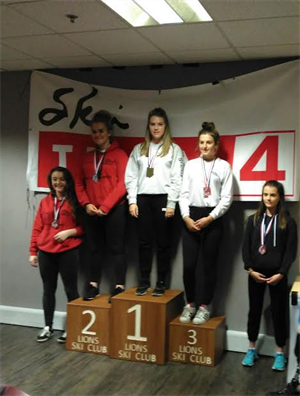 After the journey back from Castleford, Nicole had a four weekend break! During this time she took a week out from her part time receptionist job to be part of the coaching team at Spenser Pession Ski Camp held at Southampton. This camp was originally run by Martin Bell and Nicole attended these camps for a few years when she was younger (British World Cup Ski Racer during the 1980s and 1990s as was his brother Graham Bell, who is the Ski Sunday presenter these days), Nicole had a great week coaching 27 young racers and passing on her techniques and knowledge. She has been asked to be a coach next year, so a date already put into the 2018 calendar!

It was back on the road for the Anglo Welsh Indoor Championships and Britihs Indoor Champs at The Chille Factor in Manchester, 12th and 13th August. It was good to meet up with all our “ski families” that we had not seen for a month or so and back to the comfort of The Premier Inn! Nicole had mixed fortunes, Saturday skiing into 2nd U18 and 2nd Overall female but on Sunday after being 4th overall after run one, made a mistake on run two and was disqualified. 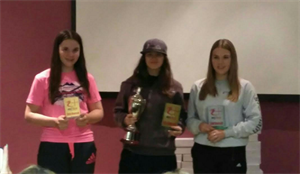 That concludes all the Club Nationals and GBR Indoor and Outdoor series of races for 2017.

Nicole won this lovely glassware for overall GBR Series female (but unfortunately the organisers forgot to do the presentation for series winners after the last race, which was a little disappointing). Also Nicole has won a bursary for a two week training camp at the British Ski Academy base in Italy during the winter season, which is a great prize to win. Nicole is hoping to take up this bursary pending college and work commitments. 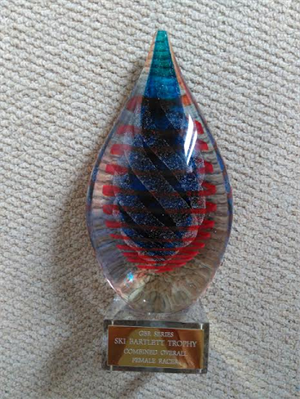