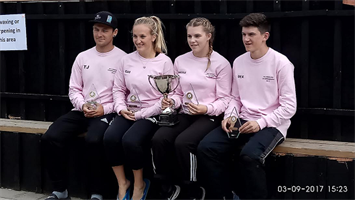 Posted at 14:47h in Sponsorship by Gresham Power

After having a few weeks away from the plastic, enjoying some English sunshine! It was time for the “four big races” to conclude the dry slope season. September and early October were very busy, Nicole returned to college for her 2nd year, fitting in a part-time job, ski training/coaching and travelling around the UK to the races, so no time to relax…

All England Champs and Team Event

This was the race that everyone was talking about, Nicole the leading dryslope racer of the year against Emily Evans, now a very respected coach on the artificial and snow circuits. Also a previous winner of this title on five previous times and coming out of retirement to return to the race scene! Nicole’s bib number was not the best which meant Nicole had to ski the first course before Emily. Nicole had decided that she was not going to hold anything back and just go for it to try and put pressure on Emily. After a great start out the gate, top section and through the middle section going at speed, Nicole unfortunately straddled the last gate approaching the finish, so she was disqualified. We will never know now if Nicole could have beaten Emily over a two course race. Maybe next year! On the Sunday was the Team Event, this was a better day for Nicole winning the event with “Double Dating”. Nicole was also presented with her overall award for the Combined GBR Series Female winner. 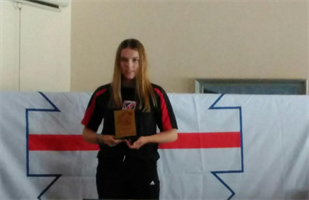 A Welsh female racer this time came out of retirement to try and beat Nicole in Pontypool! Another Emily, who was skiing on her home slope had previously won these titles back in 2013. On the Saturday Nicole took a slender lead of 0.01 ahead of her rival after the first run. Unseasonable rain for the second run meant that the course was slick and fast for the racers. Nicole made a small error on the middle section of the second course that allowed Emily to go 0.08 faster. So Nicole had to settle for 2nd Overall Fastest Female. Sunday Nicole was defending her Welsh Open Title and was determined to put right what happened the previous day. Making no mistakes on either runs and skiing very well especially dominant on the second run Nicole proved that she was at the top of her game again! 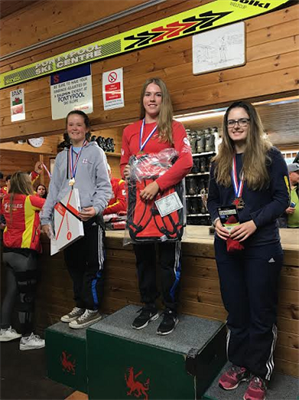 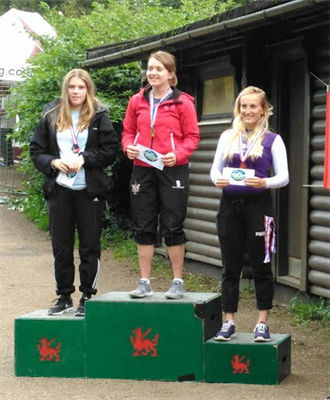 This was a road trip to Edinburgh to the steepest and longest dry slope that Nicole had ever skied on, Hillend. Photos do not do justice on how daunting this slope is, especially from the top after catching the chair lift! Nicole had no expectations coming into these races. Home slope racers definitely had an advantage here. With only a two hour Friday night practise session, it was clear to see that a podium place was going to be a challenge. Saturday was the Slalom race, which is Nicole’s preferred discipline. She did herself proud, taking 2nd in the U18 Female category. An overall placing was not on Nicole’s raider this weekend. Sunday was a much faster course, GS race. Less gates and much more speed. After quite a lot of shouting and screaming on the way down, Nicole completed both runs in a very reasonable combined time and again was 2nd in the U18 Female category. 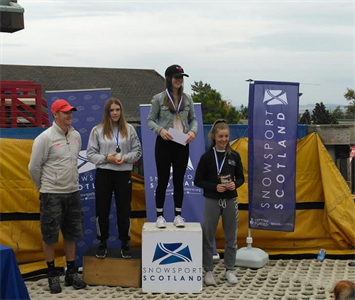 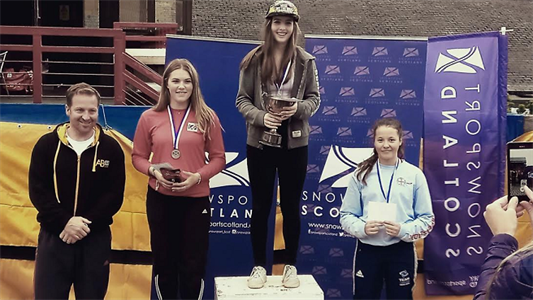 The final weekend away…with four different transports! Car, bus, plane and tram…The trip to Dublin did not start off well as Nicole’s ski bag with all her equipment in did not arrive on the same flight as her! It eventually turned up 3 hours later, it was left behind at Heathrow so BA put it on the next available flight….This was her 3rd year competing in Ireland. This has been very successful slope for Nicole so everyone was out to try and stop her winning again. Saturday was the International Slalom Champs and the International Team event. Nicole came away with three podiums on the first day. 1St U18 Female, Fastest Female and England A team won the International Event. Sunday was not quite so straightforward. Nicole’s bib draw number meant she was first out the gate to tackle the difficult course out of the top 15 seeded racers. Nicole made a slight mistake in the middle section of the course which took some speed off. This gave her rivals a chance to take advantage of her error. After run one, Nicole was 2nd fastest female, with a gap of 0.43 between 1st and 2nd. It was now down to who could keep their nerve. The 2nd run is always in reverse time order so Nicole decided to just go for it and hopefully put the pressure on Lauren. She had a brilliant time (4th fastest run time out of all female and males), and took the overall title by 0.03 combined time. With talent, grit, determination and focus showed that you can succeed! 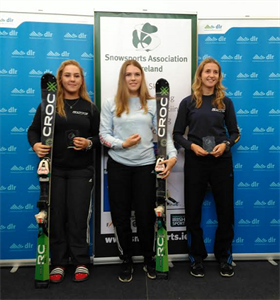 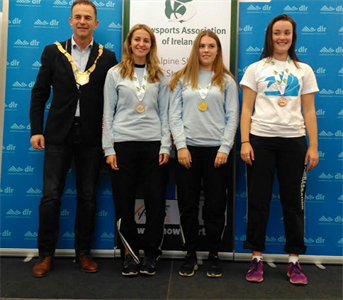 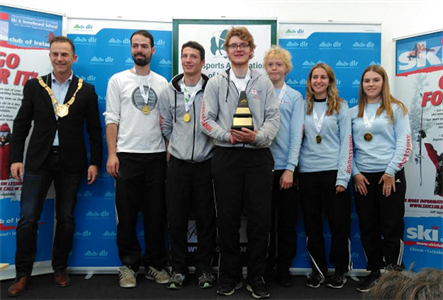