Eight more weekends of wins as fastest female overall – Then a Crash!!! 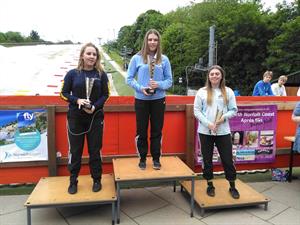 27 Jun Eight more weekends of wins as fastest female overall – Then a Crash!!!

Posted at 15:28h in Sponsorship by Gresham Power

After Nicole’s one Sunday off in the middle of May, she was back juggling her week at college, her part time job as a receptionist and prepping skis for the next races which was a trip to Norwich and Ipswich for a double header Club National weekend. The slope at Norwich is one of the best in the country which was funded by a National Lottery grant and is run with many volunteers. Nicole did not disappoint taking 1st place U18 and 1st overall female on both days. 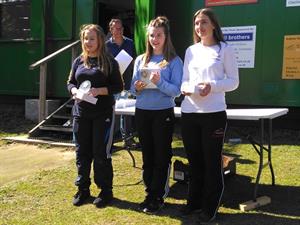 After a half term holiday in the sun for a change! recharging her batteries… Nicole was able to take advantage of two local races at Southampton, Snowsport South Race 2 and Snowsport South Club National. At these races Nicole was representing herself as an England Ambassador helping out the very young athletes who are just starting out competing, she talked them through the course and the best way to approach it, along with encouragement before and during the races. She also handed out the prizes to the winners. Nicole was fastest female overall on both days. Nicole was given her medals by another ambassador! 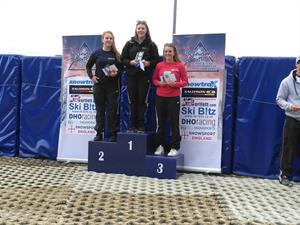 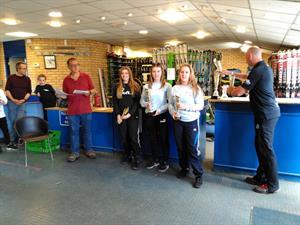 The weekend of the 10th and 11th June was an indoor race at Hemel Snow Centre on the Saturday and outdoor at Welwyn on the Sunday. So different wax and ski prep for both days and different clothes for the freezer and a hot sunny UK day… for a change! Nicole once again showed that she can win on different kind of surfaces which not many are able to at such a high standard, again winning fastest female overall. 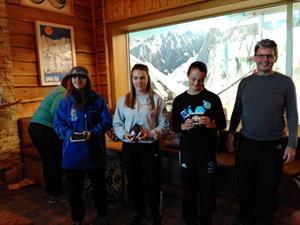 It was back to a Snowsport South race the following Sunday at Aldershot. The Saturday was going to be a free day but Nicole insisted that she wanted to race somewhere, so a trip to Brentwood it was, competing in the London, South Eastern Region. She turned up to both races and took top spot. 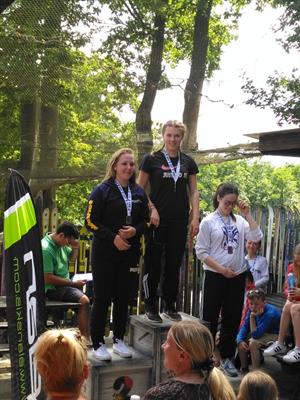 Last weekend was one of the more important races on the calendar. GBR 3. Nicole had won GBR 1 and was unfortunately on holiday for GBR 2, so really needed a win on Saturday to keep on track and pick up points for the overall fastest female for this series as other girls had done both 1 and 2. She was certainly very focused and knew what she had to do and would not hold back! Unfortunately after a perfect top section on a very long course of 21 gates gathering lots of speed she had a nasty fall hitting a gate two from the finish. You can only imagine how she bounced across the slope, ski popping off, her well fitted helmet and back protector probably saved her, walking away with only a few sore ribs, bit of a headache and a very dirty t-shirt. She was extremely lucky to not break any bones, so she DNF’d (did not finish) so no points from this race.
This brought to the end of her very long winning streak… She was very brave and did race on Sunday as she was representing Snowsport South A team in the Inter Regional competition, so didn’t want to let anyone down even though feeling very sore and achy. They did win,so it wasn’t all bad news! 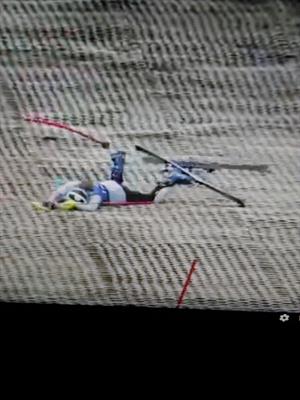 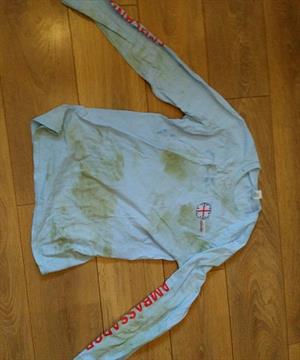