Dryslope and Indoor races have started!! 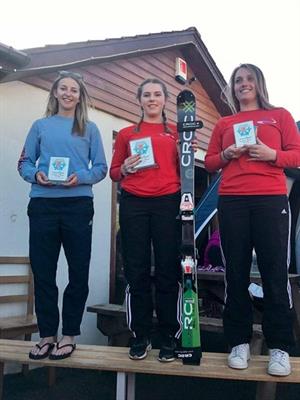 18 May Dryslope and Indoor races have started!!

Posted at 15:37h in Sponsorship by Gresham Power

It was time to hit the road again for the start of the new outdoor and indoor ski season. Nicole’s first outdoor dry slope race was a trip to sunny Pembrey in Wales for a weekend of racing on a new slope that Nicole had not visited before and this was the first time on her new pairs of Croc skis which arrived only a few days before she left on the Friday. On Saturday 22nd April it was the Snowsport Wales Slalom race and Sunday The Excel race. Nicole was 1st U18 and fastest female out of 34 female racers on the Saturday and on the Sunday Nicole was unable to race due to her seed points being too low as this race was aimed at entry new level racers, so Nicole was able to show her talent by for running the courses and supporting the younger racers with encouragement, also giving someone else a chance to podium.

The following bank holiday weekend it was a very long trip up North to Pendle in Lancashire. Again another slope Nicole had not raced on this dryslope before. This was the first Club National and GBR race of the season, with more competition for these types of races. The new Croc skis were on show again and did not disappoint. Nicole could not have skied any better, taking 1st U18 female and fastest female out of 40 racers on both days, and was 9th overall (female and males) out of 90 on the Saturday, so a good weekend for promoting the Croc ski!! 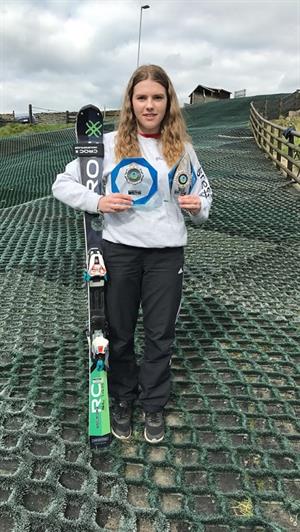 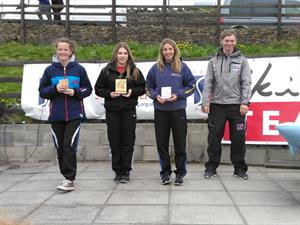 The weekend of the 6th and 7th June was another journey up North, to Manchester’s Chill Factore, indoor GBR 1 and GBR 2. The skis had to have some attention paid to them during the week prior to the races, prepping them for indoor rather than outdoors, which means the skis are waxed with a different kind of wax for use in a much colder temperature, it is all very technical! This is not Nicole’s preferred surface as she has no training on indoor snow these days and again used the Croc skis for the first time. She still gave a good account of herself mixing with the top skiers who train all winter on snow. Nicole was 2nd U18 and 3rd fastest female on Saturday and 2nd and 5th fastest female, so she was very pleased with these results. She also met our top Alpine Skier, Dave Ryding who was placed 10th overall in the world during the winter season. 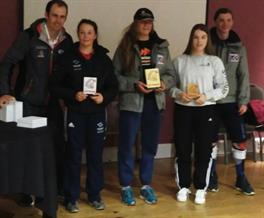 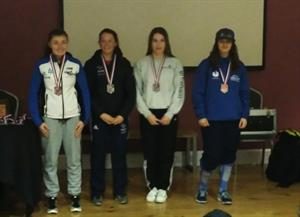 It was a nice local race on Saturday 13th May, a lie in! and a short drive to Southampton, for the first Snowsport South round 1 race. Back to the dryslope, so again the skis had to be waxed during the week, with a soft wax for outdoor racing. Nicole took top spot winning U18 and fastest female overall. This was a very well supported race with 140 athletes competing and Nicole came an amazing 3rd overall male and female, which is quite an achievement being a female and her age…On Sunday Nicole had a very well earned rest and spent the day doing something else for a change! 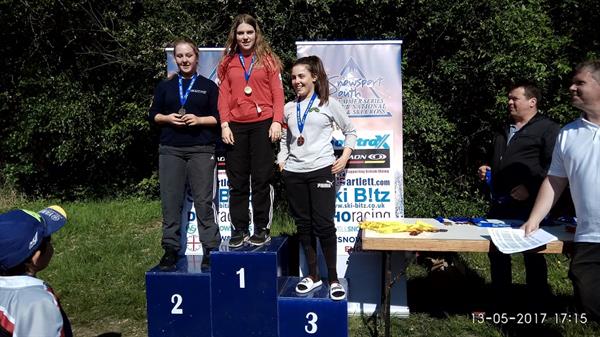